What can they possibly have in common?

All three will be featured Friday (yep, that’s tomorrow) on CBS’s The Talk. That’s right, Autism Dad’s getting a little love and limelight during the show’s “Follow Friday” segment, where they promote specific blogs with a “shout out” of their Twitter addresses. So tune in tomorrow for Isabella (that’s right, we’re on a first-name basis) at 1 or 2 p.m., depending on your time zone, but stick around for Autism Dad’s 15 minutes (okay, seconds) of fame. 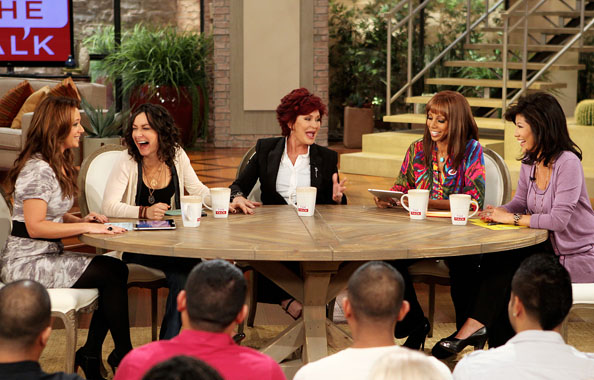 Friday’s shout-out is just one example of the show’s commitment to raising public awareness of autism; throughout April (Autism Awareness Month), the show is featuring a special month-long focus on autism. In fact, actor Joe Mantegna was invited not to plug a movie, but to join former NFL quarterback Rodney Peete for a discussion of the “forgotten parents of autism.”

If Autism Dad is receiving a shout-out, it’s only because my readers have been giving me daily shout-outs and other words of encouragement since I started the blog in Oct. 2010. Thank you for that! And while I’m at it, a special thank-you to The Talk’s Holly Robinson Peete, one of the show’s hosts and a well known autism advocate, who recommended Autism Dad for a shout-out!

The Talk on CBS TV: